The developmental origins of sex-biased expression in cardiac development

Figure 2. Schematic of our hypothesis

Background: Expression patterns between males and females vary in every adult tissue, even in organs with no conspicuous dimorphisms such as the heart. While studies of male and female differences have traditionally focused on the influence of sex hormones, these do not account for all the differences at the molecular and epigenetic levels. We previously reported that a substantial number of genes were differentially expressed in male and female mouse embryonic stem (ES) cells and revealed dose-dependent enhancer activity in response to Prdm14, a key pluripotency factor expressed more highly in female ES cells. In this work, we investigated the role of Prdm14 in establishing sex-specific gene expression networks. We surveyed the sex-specific landscape in early embryogenesis with special reference to cardiac development. We generated sex-specific co-expression networks from mouse ES cells, examined the presence of sex-specific chromatin domains, and analyzed previously published datasets from different developmental time points to characterize how sex-biased gene expression waxes and wanes to evaluate whether sex-biased networks are detectable throughout heart development. Results: We performed ChIP-seq on male and female mouse ES cells to determine differences in chromatin status. Our study reveals sex-biased histone modifications, underscoring the potential for the sex chromosome complement to prime the genome differently in early development with consequences for later expression biases. Upon differentiation of ES cells to cardiac precursors, we found sex-biased expression of key transcription and epigenetic factors, some of which persisted from the undifferentiated state. Using network analyses, we also found that Prdm14 plays a prominent role in regulating a subset of dimorphic expression patterns. To determine whether sex-biased expression is present throughout cardiogenesis, we re-analyzed data from two published studies that sampled the transcriptomes of mouse hearts from 8.5 days post-coitum embryos to neonates and adults. We found sex-biased expression at every stage in heart development, and interestingly, identified a subset of genes that exhibit the same bias across multiple cardiogenic stages. Conclusions: Overall, our results support the existence of sexually dimorphic gene expression profiles and regulatory networks at every stage of cardiac development, some of which may be established in early embryogenesis and epigenetically perpetuated. 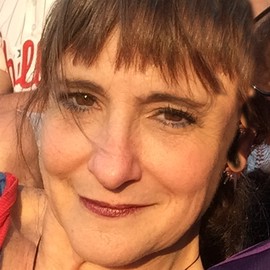 Head of the Engel Lab